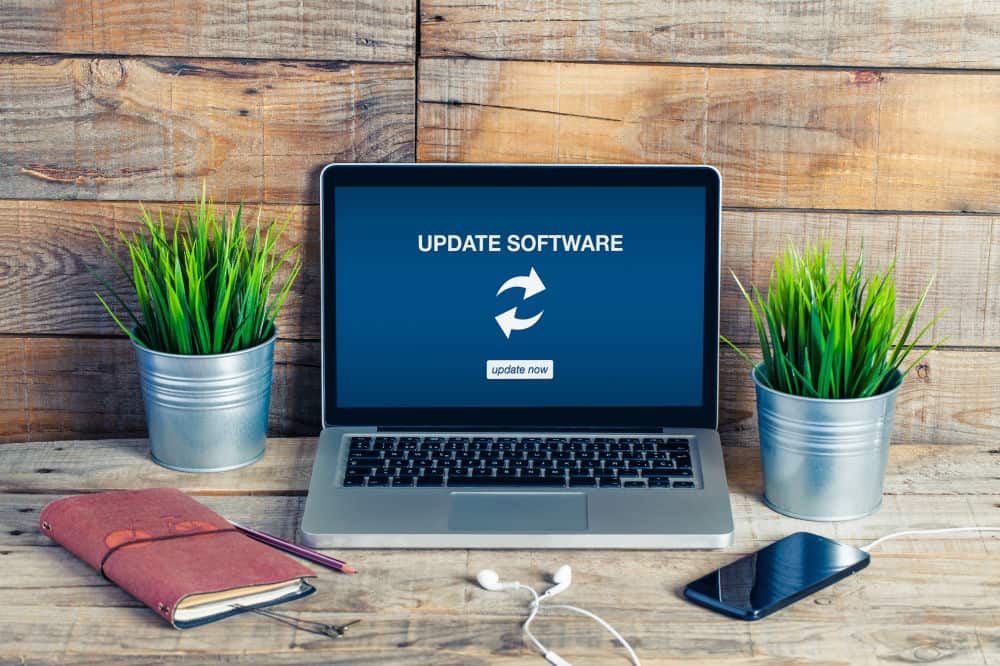 We use computers every single day of our lives. Even if we don’t actively sign onto our laptop, our cell phones are a type of computing device.

When we go to the store, the check out register is a type of computer. Even listening to the radio indirectly involves a computer as they have one on the broadcaster’s end.

Thus, computers a very important part of today’s world. And yet a lot of people still don’t have much of an understanding of how computers actually run.

What type of software is used to control a computer? How does this software differ from those you buy and install? Is it possible to create your own computer software?

Those questions and many more come up from time to time for those who are curious about computers. Today, we’ll talk a bit about how computers run, what software they use, and what the average user should know about their favorite electronic device.

What Type of Software Is Used To Control a Computer?

If a computer did not have any operating system software, what do you think would happen? Ultimately, the computer would not be functional. That is because the OSS runs the system and keeps it moving smoothly. Having no OSS means you would have no computer.

That is why some people are hesitant to choose a device that uses an older or outdated operating system. They worry about how well it will work, and the OSS is essential to having a functioning computer.

More About Systems Software You Need to Learn

We already talked about this system, but let’s review what it does. This system uses the communication between the hardware, other system software, and applications and makes sure that it is all running smoothly.

Different types of operating systems exist not just in terms of which the company created them but also in terms of what type of device they were made to be used. Single-task OS is used in less complicated machinery while multi-task OS systems are what we find in modern day electronics such as cell phones.

This software system plays a very important role in your computer. It ensures that the OS and other programs are able to talk to each other. Without a device driver, the parts of your computer wouldn’t be able to work together.

When you add a new component to your computer, you have likely had to download a device driver. Think about when you installed your printer. Did you need to allow your computer to download some software for the printer to work properly?

That was a device driver, and you usually need to install those when adding all of the following to your computer setup:

Without an updated device driver, these devices would not work properly.

The next type of software system to be aware of is the firmware. Firmware is what allows the various parts of a computer and things that you attach to it to be identified and controlled. In the most description possible, firmware can be said to manage the activities of any single piece of hardware.

If you remember the old BIOS screens or new UEFI screen, those are both types of motherboard firmware used to keep the entire system checked.

The fourth system software found in computers is the translator. While computers are very smart, the code that tells them what to do is a very simple language. This means that everything we put into and tell the computer might not make sense to machines that need to read a simpler language.

The translator software system does this translation from high-level to low-level. Coding like C++ and other languages are part of the high-level coding.

They’re our human way of explaining things. The code that makes it to the machine is written in base-2 and is not easily understood or broken down by humans.

The final type of system software is often overlooked until something isn’t working right, but it is important all the time. Utility software makes sure that every device and application is working properly, and it also interacts with the other systems to do health checks.

You might not realize it, but you likely have at least three utility programs installed on your computer. For example, anti-virus programs are a type of utility software, as are firewall programs. Additionally, programs that check your data levels, help with encryption, and manage other aspects of the data processors are also known as utility system software.

Many of us look at our computers and don’t think much more about it beyond what we are actually doing while on the computer.

But breaking down the ecosystem of computer software into the different types of system software that helps the computer run is very interesting. Also, learning this can help you more effectively manage and troubleshoot your computer in the future.

No matter how much you end up learning about computers, don’t forget that the basic system software of your computer system is what keeps it running. Take good care of the systems so that your computer will continue to run smoothly for years to come!